This month I caught up with Nigel Vezeau, an Ottawa-based maker. This post is part of the #BustOutYow series which aims to showcase people and projects that are creatively intervening in and engaging with the architecture of our surroundings; that are discussing or revealing public stories âpublicly. They are people who are playing and learning through imaginative tinkering with technology and the arts and are openly sharing their discoveries. 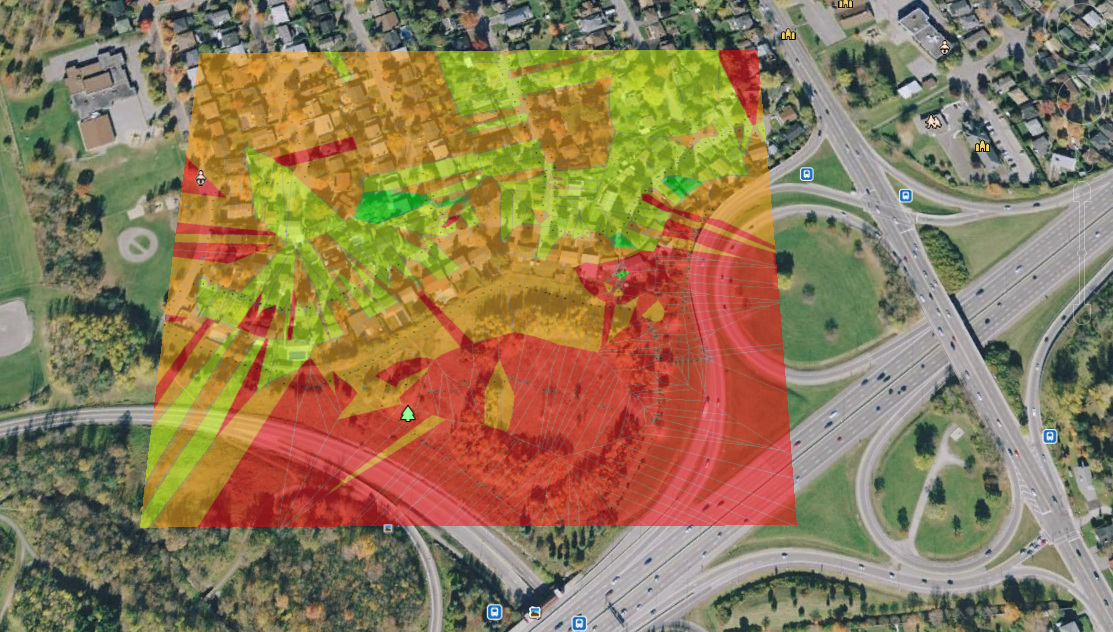 Visual representation of the noise levels within an area of Ottawa.

MS: Would you call yourself a maker? It’s a growing movement, but not everyone wants to identify with it. Some people are makers by instinct, where do you fit in to this? Do you engage with the local community or do you just hack in the privacy of your home?

NV: Yes, I’d call myself a maker because I feel that the culture really suits my personality and interests. Â I’d also say that I haven’t really changed as a result of the popularity of the maker movement, but there is certainly a wider acceptance and interest in the sorts of things I have always been into. Â Before “maker” was a popular term, I used to call myself a tinkerer. Â I think people have been learning by playing, tinkering, fixing, hacking, upgrading, and modifying forever; it’s a part of human nature. Â Maker is just a recent re-branding of that behaviour, but I don’t mind because it has made it easier to find like-minded people to chat with about projects.

MS: What is your day job, and do your skills transfer across work and lifestyle?

NV: I’m a mechanical engineer by day. Â I have certainly found that the curiosity and resourcefulness that I foster in my personal life has served me well in my career, and that some of the rigour and theory of engineering has served me well in my hobby-life. Â Engineering tends to be a very formal and rigid version of the tinkering and problem solving I really enjoy, with a mix of 25% creativity to 75% rigour, and little to no hands-on work. Â When I’m working on personal projects, I try to put the balance at the opposite end of the scale by working on things I know nothing about. Â I tend to jump right in and make mistakes as a way to learn, and I try to keep my projects very loose and spontaneous. Â I also really enjoy doing all the work myself and with my own hands. Â I find it helps balance out the sometimes-rigid world of engineering. 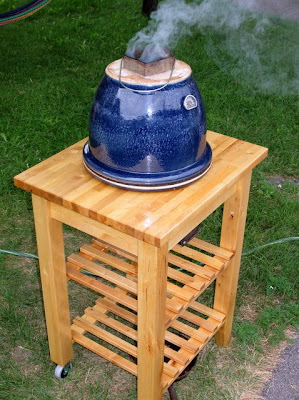 MS: When I think of the projects you make, they are all designed with a lot of care and invested time. The objects are not average consumer products either – i.e. The ‘Little Blue Egg‘ (a flower-pot BBQ) re-makes a luxurious product into an affordable one. What are you driven by, the option to make at a lesser cost, or the knowledge that you could make that object yourself, improve it or hack it?

NV: I get a lot of satisfaction out of building things with my own hands, whether they’re commercially available or not. Â Saving money is sometimes a motivator, but it’s never the primary one. For me, the real joy is bringing a concept to life with my own hands. Â I see no difference between what I do and what artists do; it’s a process of bringing something that exists only in the author’s mind into the tangible world. Â I also love to learn within the context of building, so I tend to take on new and different projects all the time. Â I have a short attention span and find that I’m not overly interested in doing the same thing over again once I’ve done it. Â I love the steep part of the learning curve of something new, and I’m less interested in investing the hours to master any one thing.

MS: Part of maker culture places emphasis on sharing knowledge and process, often in the form of documented project tutorials. The ‘Little Blue Egg‘ tutorial is hosted on the Make: blog and you have posted your ‘Child-sized recumbent trike‘ tutorial on your own space – how do you feel about sharing? NV: This is an interesting one for me. Truthfully, I’m not overly interested in documenting and posting my projects on the net. I’ve posted a few out of a feeling of responsibility to give something back to the community. I read a lot of posts about projects and get a lot of inspiration from them, so I feel I should occasionally reciprocate. Â I’m quite happy to share the information with anyone who is interested, I just find the process of taking photos and creating a narrative to support them to be much less interesting that just working on the project.

MS: Can you tell me more about the geo-locative sound mapping project you are working on?

NV: My house is close to highway 417, and we receive a lot of noise pollution. Â I built a system using an Arduino, a GPS module, an SPL (sound pressure level) meter, and some data storage capability. Â This allows me to walk around my neighbourhood capturing the SPL level (or loudness) at specific locations. Â After I have captured the data, I use Processing to create a colour-coded overlay that can be displayed over the neighbourhood in Google Earth. Â This creates an intuitive visual representation of the noise wash from the highway within my neighbourhood. Â My ultimate hope is that I can use the image to rally support for an extension of the sound barrier along the highway. Â Realistically, I’m not much of an activist, so I probably won’t follow through with the last piece, but it’s been fun the build the system.

MS: Tell me about your most successful project/hack?

NV: I suppose it depends how you define success. Â The GPS sound mapping project was one of the most challenging. Â I learned how to program the Arduino, had to work my way through a bunch of hardware issues between the GPS shield and the Arduino Mega 2560, learned about GPS interfacing, file handing, programming in Processing, Voronio diagrams, creating .kml files for Google Earth, and a bunch of other bits and pieces of new learning for me. Â It was a great feeling to be able to finally go out and capture a data set and then see it laid over my neighbourhood in Google Earth. As far as posted projects go, the Egg has certainly had the most hits. Â It was a fun build, but wasn’t very creative. Â I really just replicated an existing commercial BBQ design using re-purposed off-the-shelf parts. Â I found it rewarding because I now have a unique home-built BBQ, but it wasn’t the most personally-successful projects because I didn’t have to overcome any large obstacles in building it.

MS: Do you have any advice for people who are curious about ‘making’, but are hesitant to dig in?

NV: The only way to really learn something new is to try it yourself. Â If you haven’t struggled or failed with some aspect of the project and worked your way through it, then you’re probably not pushing your limits. Â It’s a wonderful feeling to run into difficulty, struggle for a while, then finally break through and figure it out, so don’t give up!

This entry was posted on Wednesday, January 16th, 2013 at 11:08 am and is filed under Critical Resident, Megan Smith. You can follow any responses to this entry through the RSS 2.0 feed. You can leave a response, or trackback from your own site.