Why *make*? To affect quality of life. 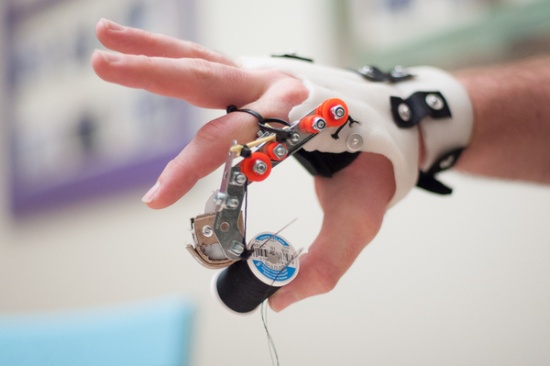 âMakingâ, âto makeâ, âmakerâ are more of those questionable terms like ânewâ and âcontemporaryâ â used within the current cultural dialect with ambiguous and broad meaning. Most importantly though, like ‘new’ and ‘contemporary’ they all pack a powerful punch as far as representing evolving human creativity. While, making is still most oftenÂ categorized as a subculture, this âsub initiativeâ is responsible for some very important social advancement in areas of cultural diplomacy, and global change.

The ethos of âmakingâ may be labelled do-it-yourself or DIY, but the ‘yourself’ generally refers to accessing parts and building from the ground up instead of actually doing the work individually. Often the accomplishments of âmakerâ projects are generated through collaborations and through networks of cross-disciplinary interest groups. In essence – the DIY could equally be DIO, the ‘O’ standing for ‘ourselves’. A unifying attribute of the maker movement is the quest to solve a problem, an issue, or to improve a design without the need to perpetuate a flawed consumerist system, which may not be providing the appropriate product or may hold a monopoly on the right of production.

Creativity is tied to asking the right question

Eye Writer Trailer from The Ebeling Group on Vimeo.

Eye Writer Trailer from The Ebeling Group on Vimeo.

While some maker projects may simply highlight and share a techniques like âhow to hack your Nespresso Coffee machineâ, other projects are ambitiously trying to work through some very complex human problems, such as communication after paralyses. The EyeWriter designed collaboratively by Free Art and Technology (FAT), OpenFrameworks and the Graffiti Research Lab worked through their project with a good question:

âIs it possible to create a piece of technology and a piece of software that has no socio-economic barriers to it. And, then start to produce results for people, who before this did not expect to be able to communicate, but now can.â

This video shows how the team progressed to develop an eye-tracking system that enabled graffiti artist Tony Quan, aka. TEMPT ONEÂ to re-enter the creative market though he suffers fromÂ Amyotrophic lateral sclerosisÂ (ALS) or Lou Gehrig’s disease. Beyond the obvious emotional benefits of this project the overarching achievement opens doors to project expansion in new social settings and through its production it empowers a huge population of individuals who are afflicted with similar problems as TEMPT ONE.

Distributing creativity is also a key to innovation as is reaching out to new groups when there is a need or a greater purpose or problem to attend to. This is how the Maker movement and their innovations are affecting quality of life. For example, two people living on polar sides of the world, Richard Van As of South Africa andÂ Ivan Owen from the USAÂ can work together remotely to develop sophisticatedÂ low-cost prosthetic fingers. Van As, was looking for an affordable method to regain use of his hand after losing his fingers and he reached out to Owen who was building mechanical hand extensions. Together they are developing a solution to Van As’ problem, sharing their work online, and developing a situation which makes way for empowerment.

Furthermore, by adding tools such as low-cost 3D printers and laser cutters into these scenarios, combined with human inquisition, creativity and action, serious and positive social change can happen. In a situation like the aftermath of Haiti’s 2010 earthquake, where thousands of people lost limbs or digits, I can see where Van As and Owen’s research can have direct impact by enabling access to new, low-cost and bespokeÂ prosthetic technologies.

Increasingly, questions of the nature found in this post, are achievable because networks of creative people exist. Locally, the Ottawa’s Maker community helps eachother out twice a month in the Artengine ModLab. I encourage you to drop in on a lab. They also have a Lab List that can be subscribed to. This is a great place to see what people are working on and to ask questions.Â http://artengine.ca/mailman/listinfo/lab

Makers see through the consumer systems to more economically feasible models. They build for the sake of improving designs and to invent new ways of seeing. In itâs most noble form, maker culture solves human problems, through community innovation, making life just a little bit better one step at a time.

This entry was posted on Thursday, November 29th, 2012 at 1:21 pm and is filed under Critical Resident, Megan Smith. You can follow any responses to this entry through the RSS 2.0 feed. You can leave a response, or trackback from your own site.