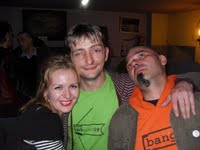 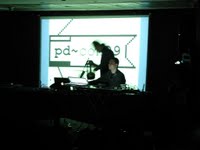 A month after the Third PdCon is over, I think I have finally recovered from the firehose of exchange that occured. I have been fortunate enough to attend all three and have been fascinated to see both the evolution of the Pd community and how the personality of each local group is expressed in the event. At its core, the international PdCons have been a packed week of discussions, concerts, installations, workshops, talks, demos, hacking, conversation, drinking, hanging out, and very little sleep. The SÃ£o Paulo organizers stepped up the level of immersion this year by hosting the bulk of the visitors, including me, in a youth hostel, which it seems we entirely took over. For those few hours of sleep that we got, we were 10 to a room. While at first impression there was a bit of dread in me, it ended up suiting the nature of the whole experience, and we seemed to exist almost inside the same skin for a week, like a giant family. 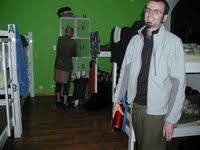 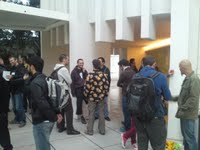 There was a wide range of concerts covering an equally wide range of ideas: collaborations between computers and traditional instruments like Cristiano FigueirÃ³’s Oferenda, Tim Vets’ Extended Guitar, and Miller Puckette’s & RogÃ©rio Costa’s duet; custom instruments like Chikashi Miyama’s Angry Sparrow and Jaime Oliver’s Silent Construction; music in the vein of IDM like Ed Kelly’s Synchroma; and a range of noise music from Alexandre Porres, Oscar Martin, Xavi Manzanares, and others, and sensors and electronics controlling noise from Alejandra Perez Nunez, Ryan Jordan, and Jullien Ottavi. chdh again returned to PdCon with their devoted focus to their aesthetic, which again has paid off with a very rich, subtle and expressive performance. Michi Pinter and IOhannes m zmÃ¶lnig win the award for most extreme show: they put on a full contact boxing match while wired up with sensors, leaving them with many bruises and abrasions all for gratification of their audience. It always good to see people willing to suffer for their art. 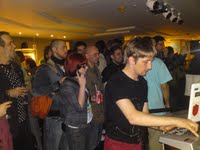 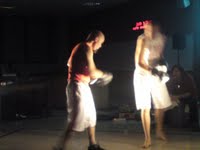 Also scattered around the Museum of Image and Sound and the various SESC venues were a number of installations, including John Harrison’s interactive bicycle ride provided by an exercise bike, headphones and screens. Nina Waisman shaped spaces with sounds via sensors, Ben Bogart returned with a deeper iteration of his Dreaming Machine, Max Neupert showed a video installation that explored the layering of time. The installations were spread out all over the city, and with so many things going on, I was not able to see all of the installations, so I unfortunately missed some. 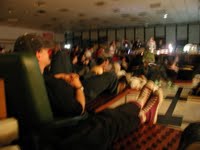 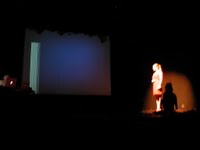 One thing that was new as compared to previous years was that hacking was really highlighted in this conference, with a hackmeeting for discussion on Monday, and hack sessions everyday at the museum. The first full day of the convention was a unconference style hack meeting. We met up in the morning at the PUC SÃ£o Paulo (the Catholic university) and had two classrooms to use for whatever we figured out. After some chatting and coffee, we went through the process of figuring out what everyone wanted to do and discuss for the day. There was a strong desire for the locals to have more Pd instruction and hands on experience, and Glerm Soares led up a full day of introductory instruction in the second room with the help of others. Meanwhile the first room turned to hour long sessions on a range of topics chosen by the group. One thing that was very useful from my point of view where the discussions on how to rewrite the GUI and how to get it integrated in with Miller’s codebase. This laid the groundwork for the new GUI work, which is now being merged in by Miller as part of the upcoming 0.43 release. One thing that became clear through discussion is that the GUI should be easily customizable so that people are free to experiment with ideas about how to make the editing process better with as little overhead as possible. That has been the focus on my development efforts. 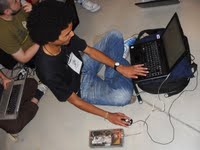 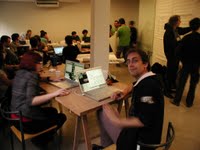 Additionally, along with the talks and workshops in the Museum of Image and Sound, there was a room in the front of the museum dedicated to an open hacklab. A wide range of people came there to work on specific projects, for example, MaÃ­ra Sala , IOhannes zmÃ¶lnig, and I completed an SRT file reader to make using subtitles easy with Pd. People also were experimenting with Arduinos and sound, new performance interfaces, graphics techniques and more. Newly indoctrinated Pd users also came to try their hand at their newfound skills in a supportive environment. All in all it was really about as much as could conceivably be possible to fit into a week of activity, thanks again to the organizers who pulled it off! Now Ed Kelly has stepped up, promising to bring the next PdCon to London, and perhaps even set up a PdCon tour of Europe!

(thanks to Max Neupert, Ryan Jordan, and others for photos) 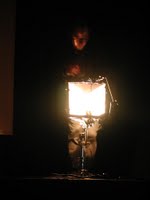 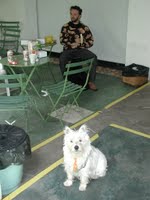 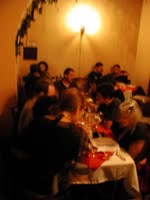 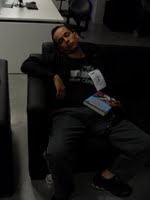 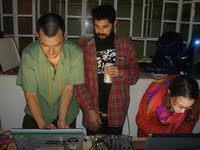 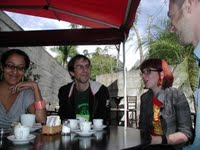 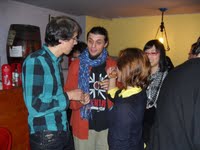 This entry was posted on Tuesday, September 8th, 2009 at 10:52 am and is filed under Uncategorized. You can follow any responses to this entry through the RSS 2.0 feed. You can leave a response, or trackback from your own site.