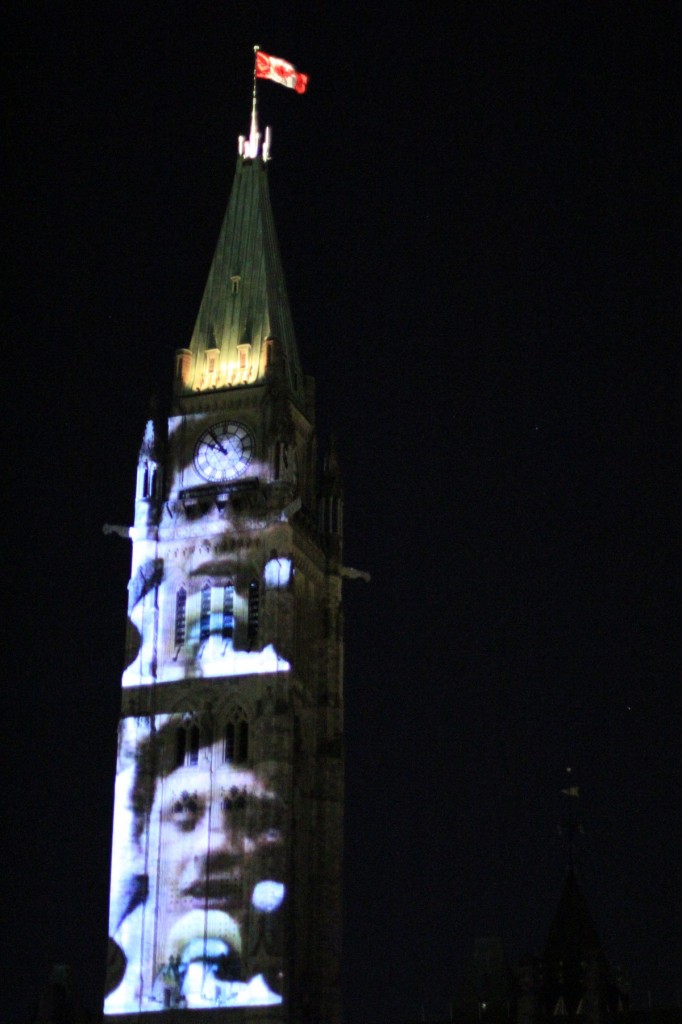 Iâve often been accused of being a snob when it comes to certain things.Â  Things like the internet.Â  That is why I find it so hard to write for a blog.Â  To me, blogs are the number one example of web 2.0 bullshit that shifted power from 1337 hax0rz to the hands of moms, girlfriends, government workers and other entities that should never talk to me about anything remotely technical.Â  The emphasis on the world wide web has always bothered me.Â  Itâs the slowest and most policed, and therefore to me; most shitty aspect of the internet, and yet the most discussed.Â  To wit, most people perceive the web as the internet.

Web 2.0 is a concept from 1999 that was popularized around 2004.Â  Itâs an anachronism that describes websites that revolve around user generated content, collaboration, and information sharing such as youtube, wikipedia, and myspace.Â  I guess my problem is that I could always, for example, share videos on the internet, and I would do it in much better quality, more efficiently, and more privately than by using web services such as youtube.Â  The web was always meant to be a two-way, interactive medium.Â  Furthermore, if you are too ignorant to collaborate, share information, or generate content without relying on a web service, a service you have no control over, of what value is your content?Â  I speculate Tay Zondayâs contribution to culture, while dubious at best, greatly outweighs any financial gains heâs made from said contributions, especially when compared to the revenue google pulls in from hosting viral videos on youtube.

Most of the time when people describe a problem to me or I see some kind of controversy involving the internet itâs easily negated simply by moving off of the web.Â  For example, it may be possible to shut down The Pirate Bay, but it is impossible to stop people from using torrents.Â  The Pirate Bay is a service that exists at a certain url; itâs a website.Â  There are physical servers (granted they are located in international waters where the law canât touch them), tons of people involved in its administration and so on and so on.Â  There are so many points of weakness here, Iâm surprised that as of this writing The Pirate Bay is still up and itâs tracker is still the most popular on the internet.Â  I believe itâs popularity and itâs weakness come from being active on the web.

Shutting down bit torrent is another story.Â  Itâs just impossible.Â  It would be like asking people to remove the ability to draw circles.Â  We fucking know what circles look like, jackass.Â  In order to shut down bit torrent they would have to shut down the internet, which was designed to be impossible to shut down.Â  They could remove all the trackers from the web and it would still work.Â  People would just download torrents from irc instead or another uncompromised network.Â  Which brings me to my point about the web.Â  Itâs compromised.Â  Why do I have a problem with that?Â  I mean, I use web services and write for a blog.Â  Iâm really proud of my facebook.Â  It obviously isnât that big a problem.Â  I guess itâs like when youâre a member some cool, really exclusive dance club or something and then one night youâre there and you look around and you see your girlfriend, your mom and a bunch of government workers walking around.Â  Somehow itâs not as cool anymore.

All that to say Iâm conflicted about writing a blog.Â  The other thing about it that bothers me a little is that Ryan keeps referring to these little articles I write as reviews.Â  The term review has negative connotations in my mind.Â  When I pictures reviews, reviews that appear on blogs in particular, I picture people Iâve never heard of talking about how much stuff sucks using extremely well constructed and hyperbolic language.Â  I do not believe thatâs what I do, at least I hope not.Â  Iâm big into experiences, especially shared experiences.Â  I believe most anything is worth experiencing even if itâs unpleasant.Â  If I do somethingÂ  or go somewhere and it seems relevant to the art engine audience, I will talk about it and try to contextualize it enough for people to get an idea of what occurred for me, but in terms of reviewing my overall conclusion will always be somewhere along the lines of âeverything went smoothly and a delightful time was had by allâ.

That said, I went and checked out Mosaika, the new sound and light show that premiered this year on Parliament Hill.Â  It was created and produced by Moment Factory with funding from the National Capital Commission.Â  The 30 minute show is free and it plays every night at 9:30pm until September 12th.Â  The previous sound and light show ran for five summers, so if you donât get a chance to see this one before summer ends, hopefully there is a chance for you to see it next year.Â  I definitely think itâs worth checking out.

Mosaika uses some competent sound design, industrial lighting, and video projection to explore Canadaâs physical, historical and cultural landscapes.Â  Technically, the presentation is solid.Â  Positional audio is put to good use at various points of the show.Â  For example, the sound of birds pans over from left to right and front to rear channels.Â  This may sound part and parcel for cinephiles used to directional audio, but placed in a large outdoor venue where it sounds like flocks of birds are flying around you in circles the effect was quite evocative.Â  It was actually extremely creepy and I kept getting worried that invisible birds were going to poop on me.

The lighting aspect was good, but did not appear to me to be doing anything new with lighting or using any kind of new technology.Â  I believe this aspect of the show is hardest to update as it would require new lighting technologies to be installed and wired into Parliament Hill permanently.Â  I donât know for sure because I didnât interview anyone about the show or anything, but I speculate they had to make use of whatever existing lights they had.Â  This is not to say the light show aspect was not designed well.Â  Itâs just to say that Iâve seen crazier shit done with architectural lighting.

Earlier this year I was fortunate enough to go to Hong Kong.Â  While I was there I attended A Symphony of Lights.Â  Itâs similar to Mosaika in that itâs a free sound and light show that plays in the city every night and it explores history and culture.Â  Where it differs from Mosaika is that it uses the most advanced architectural lighting in the world and is fucking crazy.Â  44 buildings shoot lasers everywhere.Â  There are certain things Iâve come across in my life that I never thought would be cool until they were presented to me.Â  I believe Iâm a fairly creative person, but certain things just never occurred to me.Â  Things such as a skyscraper with the ability to shoot a powerful laser.Â  When I was presented with a deep vista of 44 skyscrapers all shooting lasers at me I was overwhelmed by the sense that what I was witnessing was really cool.Â  Mosaika never quite did that for me.Â  I realize itâs a technological deficiency, but I would be remiss to say that part of me is not a tad disappointed that the Chinese totally pwn us in large scale lighting and signage.

Now in terms of the video aspect, we did quite well and there were a few contemporary techniques thrown in at times.Â  The video consisted of different motion pieces illustrating various aspects of Canadian culture, usually fairly abstracted and in a stark, graphic style.Â  I believe this style works best when projecting on a gothic building such as the Peace Tower because it lessens the interference caused by the architectural details.Â Â Â  The problem with projection versus any kind of monitor is brightness.Â  I found Mosaika looks best in video or pictures because the human eye just has too much gamut compared to cameras for the image to not appear washed out in comparison.Â  It is an extremely bright, well done projection; itâs just that to look at it with your own eyes the images donât pop the way they do in video.Â  There isnât much contrast.Â  I suppose projection is a more elegant solution than permanently covering the facade of the building in some kind of monitor.

The kind of fancy, newish visual gimmick Moment Factory pulled off in Mosaika was inserting a few moments of projection mapping.Â  Projection mapping is a technique where a two-dimensional texture is mapped onto some kind of three-dimensional geometry at one to one.Â  In post-production this technique can be used to create photorealistic computer generated imagery.Â  If any of you went to the Ottawa International Film Festival, my friend Marc-AndrÃ© Grey did some really awesome projection maps in the film Nuit Blanche.Â  In the real world, this technique can be used to change the texture of an existing architectural construct.Â  Since textures can be animated this means you can make a building appear to be crumbling, made from flags blowing in the wind, or whatever you imagine as long as it doesnât break the illusion created from the perspective.

I was really happy to see Moment Factory include this technique because it seems to be a big deal this year.Â  According to this other blog, itâs taking the advertising world by storm.Â  If youâre interested in seeing what other people are doing this technique itâs worth checking out.

I truly enjoyed the audio, visual spectacle of Mosaika.Â  Now in terms of trying to find a greater meaning, some kind of artistic truth in it, for me itâs not really that kind of show.Â  Itâs the kind of thing that gives you a nice feeling about being Canadian and gives tourists a brief, superficial overview of our culture and history.Â  There is the usual French, English, and Native iconography throughout.Â  There is a nice lady wearing a hijab at one point.Â  Itâs all very light and everyone gets along.Â  Any conflict is illustrated humorously.Â Â  It really pushes the idea of a cultural mosaic, but It does not probe into any dark areas by any means.

While I understand that alienating or offending tourists is not the purpose these shows serve, it is somewhat troubling to me that there is not an unflinching look at the same material on the same scale with the same technical excellence.Â  Even the name Mosaika is the same kind of bullshit, bastardized name that reeks of being driven by a committee.Â  If Canada really is a cultural mosaic, I would like to see the picture that mosaic depicts as it must make really good use of negative space, because there are so many white tiles.

This entry was posted on Wednesday, August 25th, 2010 at 1:29 am and is filed under Firuz Daud. You can follow any responses to this entry through the RSS 2.0 feed. You can leave a response, or trackback from your own site.