When I was invited to experience Nite Ride and spooge a bit of my mind thoughts on this here blog, I was preparing for yet another road stint with the ol’band (Acorn) to Halifax. I was concerned at how dull my senses would be having driven across Canada about three times, the US-and-a-half once, and bits of Europe a few times. My road soldiering has produced an experiential callous to transient sound forging experiences with the moving world. Or in other words, my excessive traversing of vast lands accompanied by soundtracks may be a detriment to enjoying this ride like a condom. I was wondering if my psychological health would be suitable to write about this project after having returned from a 13-hour drive. Luckily, I had a couple days to nest, re-humanize and to alter the beast.

On Wednesday, Oct. 28, a freshly permed Maducci Bear and I ventured out of our domestic cuddle cauldron into a damp fall evening for a little bit of Nite Riding. On the menu was Montreal-based ambient composer, Tim Hecker’s, inaugural foray into the 5.1 surround sound game. We arrived at Arts Court to a rather luxurious tour bus. I was expecting a school bus with the spectral scent of dribbled kids piss. Not this puppy though. Nice big windows, ergonomic seats and a driver with a sailing captain’s cap. Upon entering, we took a seat in the middle section of the bus, considered to be a prime seat for balanced sound. I noted the speaker locations scattered in the overhead storage compartments, indicated by obscured LED lights. 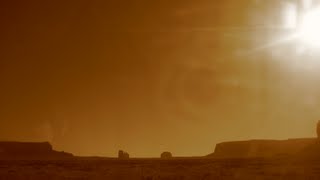 We began by driving out of the market area and past parliament as passengers sat in silent anticipation. About a kilometer away from the Gatineau Park entrance, the first composition started with a scrambling nest of radio transmission static; perhaps an allegory of a search, and in our case, the search for darkness, away from the lights of Le Palais Libanais and into the protective cover of the woods. As we turned into the shadowy shroud of the park, the audio track thickened into a richer sea of ambient tones, equal parts sizzle to low-end drone. Beyond the van, we were surrounded by eerie silhouettes of pointy pines set against a backdrop of city glow. Hecker’s saturated soup of sound combined with the landscape to produce an ominous feeling of a vastness that can swallow, or perhaps an afterlife waiting room. Amidst the darkness, passing headlights from the opposite lane left tracers that married with a pulsing low-end motif that looped in reverse delay. As we eased out of the woods into a speckled patch of suburbia replete with outlined gas stations, it was hard not to be reminded of Godspeed You Black Emperor’s F# A#(Infinity), a soundtrack of urban decay with an appropriately bleak album cover. Once out of the forest, the track came full circle with a return to radio static and a disembodied human voice speaking in the distance.

The second composition took us into an underwater submarine scenario, anchored by a deep bellowing drone and punctuated by a high frequency beep reminiscent of sonar. This theme was fortified with a chord progression of highly-processed electric guitar accompanied by echoed clacks, digital gurgles and a heaping helping of molasses-shaped washes. I was overcome by this feeling of slowly sinking into an abyss in our faulty barge with popped ears. The scene out the window resembled a nautical peepshow, as we peered pervishly into lit kitchens and dining rooms. Accenting these domestic undersea abodes were the threatening shapes of insectizoid power lines, perhaps we had sunk to a depth that is home to monstrous crawdads yet to be categorized by marine biologists.

The aquatic section was followed by a short interlude that featured a quiet drone and served as an aural palate-cleanser – a respite from the sonic density that preceded it. 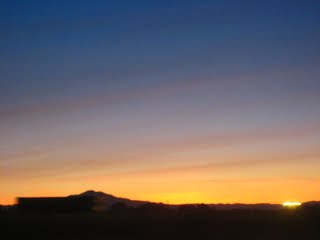 The third movement opened with a tandem of phasing ethereal notes accompanied by a wispy noise reminiscent of wind skipping over ears. As we drove deeper into the woods, a moody descending melody (on keys perhaps) emerged from the phaser haze and looped hypnotically. This repeating motif began to mirror the thicket of young white birch as they flickered and reflected off the bus’ headlights. Red tail lights faded off behind the narrow birch, creating a sequence of glittering red that receded into the distance. All this movement was contrasted by the mysterious darkness that beckoned behind the road-lined foliage – a wicked presence that gently dominated. Peering into the sky, scrawny branches of trees crept above us like witches’ fingers.

The final suite brings us out of the woods and onto more recognizable city roads. At this point, the windows had fogged up and created a soft focus lens, littered with bubbles, drips and smears. This matched well with the soundtrack as it was more washed out, containing amorphous drones that played off the rumble of the bus, anchored only by a heartbeat pulse. We passed a hazy graveyard and I tried a different vantage point. Looking out from the aisle through the driver window, I could see the white line of the road gradually modulate and slither in unison with the piece. The more spacious composition also offered a greater interplay between the rhythmic road bumps, bus creaks and the Doppler hiss of passing cars on wet road. As we reached more recognizable roads that were dotted with lit store signs and street lights, a set of warm harmonics started dancing throughout the bus, providing the most colourful and formally melodic component of the ride. Those bright, sustained notes hovered brilliantly above a warbling canopy of sound and were punctuated by a percussive element that sounded like field recordings of a basketball or a punching bag. 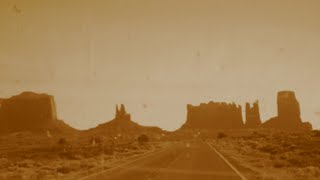 As the ride came to end, I wondered if it would have been interesting to move around and play musical chairs just to vary speaker relationships. It seemed like I was better able to experience the 5.1 with my head located in the aisle. This could be attributed to the height and plushness of the seats and their role in absorbing sound. Perhaps the washy cohesiveness of Hecker’s compositions also didn’t lend themsleves to a typical 5.1 listen, so often associated with pointy, scattered and schizophrenic mixing. Regardless, Nite Ride was a thoroughly mind-altering and meditative experience that transported me to endless spaces and haunted landscapes in search of the perfect soundtrack to oblivion.

This entry was posted on Tuesday, November 3rd, 2009 at 6:59 pm and is filed under Nite Ride. You can follow any responses to this entry through the RSS 2.0 feed. You can leave a response, or trackback from your own site.

One Response to “Soundtrack to Oblivion”