so, it’s safe to announce that this event was, shall we say, a ‘qualified’ success; as you know if you were anywhere within 200km of Ottawa this past weekend, in the immortal words of Steve Reich vs Brother Walter (and the newscaster from Family Guy), ‘It’s Gonna Rain!” We literally had moats of aqua six inches deep around the projectors… 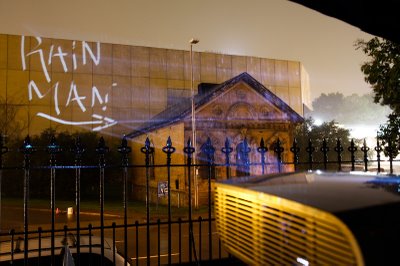 despite Mother Nature doing her best at the behest of her imperialist masters (read: Govt weather experiments – the Department of National Defense was only 200ft away) to shut us down, we went ahead, with the assistance of a Canadian Tire sale on car canopies. 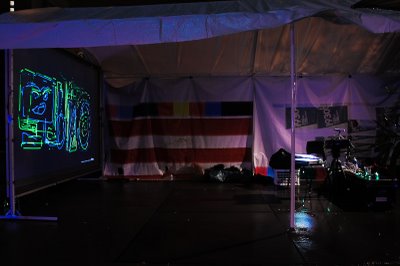 I guess standing out in the wet only made our esteemed writers – Mediah, Hiero, and the Fresh Customs crew (much respect) only want to write tags and not take the time to take their pieces to some next level… which I totally understand! 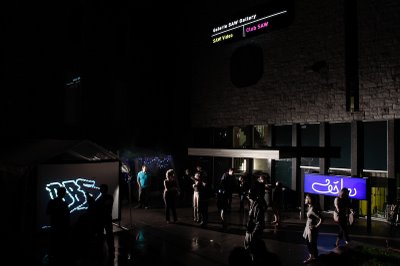 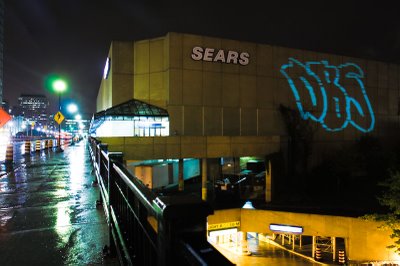 But the bombIR software was working nice, and Artengine will be holding on to a few new IR Pens for posterity… 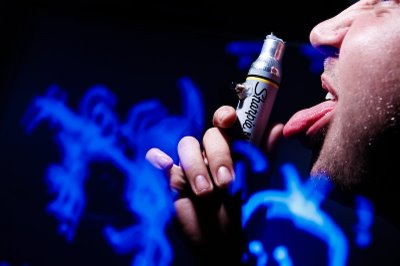 Ghetto Blast and Huggs both killed (ie. Michael dropping a Futura 2000 record – what!!) the soundsystem(s) for what it was worth, and the crowd that did show up was enthusiastic… so thanks for that. And thanks to Le Champion Du Monde for the fotos. 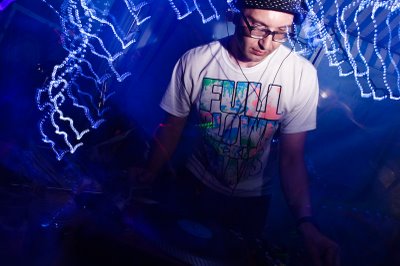 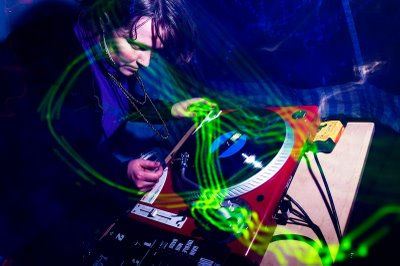 we cancelled the mobile L.A.S.E.R. Tag event the next night too (sorry to House of Paint and TimeKode), as our shoes still weren’t dry by the time we woke up and checked the weather channel, only to see it say 80% chance of suckiness. But in the end, we built some strong beginnings for a GRL chapter in Ottawa, and rest assured we will be doing some more badness this coming month as I (Agent Scott) teams up with Artengine and Ghetto Blast to solidify our gains here… stay tuned kids!

P.S. – media was all over this like white on rice – here’s a CBC interview
(it’s supposed to be black – it’s just an mp3)
and a link to the Guerilla Mag article.

This entry was posted on Wednesday, July 29th, 2009 at 11:36 am and is filed under Ryan Stec, Artistic Director. You can follow any responses to this entry through the RSS 2.0 feed. You can leave a response, or trackback from your own site.