Polytectures: structured sounds in the capital 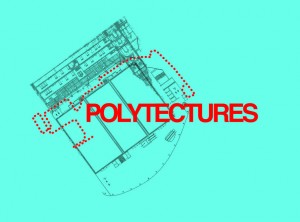 Guest post by Antoine BÃ©dard, producer of Polytectures for this years Electric Fields.

EF2011 is focused this year on the relationship between sound and space. Go here for a description of the projects we are working on.

The idea of creating a soundwalk that combines music and architecture comes from a work experience I had in 2010. I was hired by Montreal architect Sophie Mankowski is a Montreal architect who hired me to work on the sound editing, the original score and the narration of an audioguide called “Montreal Moderne” about the history of modern architecture in Montreal. I had always been interested in architecture but my knowledge of the field was very limited. Working on “Montreal Moderne” was a chance for me to experience a fantastic immersion in the world of buildings, design, public art, history, sociology and it made me realize how important architecture is in our lives. I found it really inspiring to understand better how buildings belong to different codes of esthetics, and have differentÂ personalitiesÂ that come from the people who conceived them or from how the population used it over time.

The other fascinating thing that I learned while working on that project is how architecture and music share the same vocabulary: volume, structure, colour, texture, density, lightness, heaviness, contour, patterns, rhythm, etc. It made me realize that somehow both fields were related. The audioguide required a lot of editing work because it contained many excerpts of interviews and I found myself spending only a short amount of time working on the original score. The purpose of the music in MontrÃ©al Moderne was to make the experience lighter, to counter balance with the occasional dryness of the interviews. But even if I had to rush the sound composition, I noticed it was a lot more interesting when the music was connected to the subject in a way or the other. I was working on the music for the portion of the walk that took place in front of the gigantic silos, the highest metallic structure of their era that inspired many architects, including Le Corbusier. I learned that they were made of steel and I decided to reflect that information in the music, usingÂ metallicÂ sound with lots of reverberation to illustrate the hollowness of the silos. Even if this was done very sparsely in the final cut of “MontrÃ©al Moderne”, I discovered how music could “translate” the nature of a determined architectural space by referring to its structure, its materials, its shapes, etc.

This finding led me to further research about the relationship between music and architecture and the idea of creating music that is meant to be a “translation” of architecture. I imagined that a soundwalk in the city that was not so much about the history of its architecture but about the experience of the architecture through music compositions. I was aware that there was a trend in different art forms for site specific creation but I never thought that it could apply to music writing. And that’s what Polytectures consists in really: asking a team of composers to write a music piece that is meant to be listened to in a very specific space, in contact with a specific building. Rarely are we asked to do such a thing as composers and I thought that the idea was stimulating and challenging. I was excited to see how such a soundwalk could be put together.

I elaborated the project in details during a residency at the Banff Centre in November 2010. The readings that I did there really helped me to focus on how the translation between architecture and music could be done. I compiled my research in a 12 page long document that contained reflexions about the importance of architecture in an urban environment, theÂ similaritiesÂ between music and architecture and finally, the different ways a composer can use to transpose architecture into music. It was clear from the start that one composer would be assigned to one building.

Then the following steps came naturally: finding a festival that could produce the soundwalk, finding an architect who could help me locate the most interesting area in the city for such a project, finding the buildings to be included in the soundwalk (10 in total), and finally, finding the local composers. It was important to be to find a diversity of styles in both the buildings of the walk and the music backgrounds of the musicians. As much as the buildings included in the walk had to be representative of the city’s general appearance, I also wanted the soundwalk to give a portrait of the music scene and integrate as many music styles as possible.

In May 2010, Mutations was inaugurated as a OFFTA festival production and was co-presented by Mutek. I was really pleased with the whole experience because it seemed like the project really allowed the walkers to experience the city differently. Both locals and visitors told me that they observed things on the faÃ§ades of the buildings that they had never seen before or that the soundwalk really changed the way that they feel about architecture – that they considered somewhat cold and not expressive. I think generally the music compositions of MutationsÂ  made it clear that architecture could express ideas and emotions. And I think that it’s one of the purposes of the project: to take the time to observe the buildings in order to find a new form of expression that wasn’t so obvious before listening to the music. Of course, each composition is a personal reaction to how the composers reacted to the buildings themselves – no music piece could translate architecture faithfully without being subjective – but each interpretation allows a different experience of the buildings, making the city musical and more expressive than ever.

So here I am, creating a similar project in Ottawa, thanks to the wonderful help of Artengine. I really look forward to hearing the compositions fo all 10 Ottawa based composers. The walk, as you can imagine, will around Parliament Hill where one kind find some of Ottawa’s most symbolicÂ landmarks. And it’s interesting to point out that Mutations represented well the spirit of Montreal, located in the new Quartier des spectacles, where there’s a large number of music venues, theatres and art related public spaces, I hope that Polytectures can do the same in Ottawa by offering an architectural portrait that represents well the city as Canadians know it: a city of power where the government shaped the city to its image over time.

I’m excited also to hear how the composers will react to the buildings as it will be hard to put aside their political dimension. It will be very interesting to see how their work will be just as political as the buildings that they’ll depict in sound. I don’t doubt that some of the compositions will provoke strong reactions and I think that it is the one of Polytectures‘ characteristic: you can not find inspiration from Ottawa without being political in one way or the other. And I realize now that I was very political myself in the way that assigned the Ottawan musicians to the buildings of the walk. But I won’t say more at this point and will let you discover that on your own.

In the meantime, here’s a list of the composers involved and their assigned buildings:

MY DAD VS. YOURS – SUPREME COURT

This entry was posted on Tuesday, October 11th, 2011 at 12:11 pm and is filed under Electric Fields, Guest Contributions. You can follow any responses to this entry through the RSS 2.0 feed. You can leave a response, or trackback from your own site.