There were the WORST drivers EVER, at theÂ Electric Fields Mini-Maker-Faire, this weekend! (watch theÂ video for proof!) For those who did not attend the event, I was producing aÂ âCollaborative Stop-Motion Projectâ which encouraged willing participants to move parts of a paper set, while I snapped photos. Awfully low-tech for an environment as inventive as the Mini-Maker-Faire, but embracing the art in the process of ‘making’, and working to pluralize DIY into DIOurselves. 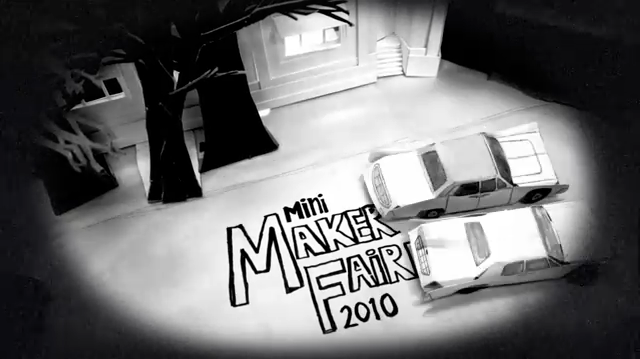 I would like to give a big shout out to EVERYONE patient enough to move my cars, trees and boulders. It was great to see their many imaginative ways of re-interpreting and re-inventing new and different ways to move and animate the paper city. The project attracted collaborators of all ages, and was a catalyst to many interesting conversations. I only moved to Ottawa a year and a half ago, so it was great to meet so many new and creative people at the Electric Fields Festival.

The Festival was also screening one of my films,Â Unlaced, in theÂ Solid Vision 3D installation. I was able to meet some of the other filmmakers/artists, and I gave a presentation about Stereoscopic 3D with Maral Mohammadian from the NFB. You can watch one of the videos (only in 2D on the internet), on the NFB mediatheque, ‘The Making of HotHouse 6.’ It explains a lot about Stereoscopic 3D and the challenges involved in making animated films in this genre. What a busy weekend! It was great to see all the otherÂ S3D work that is coming out of this city! Yay! To all those that worked to make Electric Fields happen!

I hope you like the video!
See you next year. 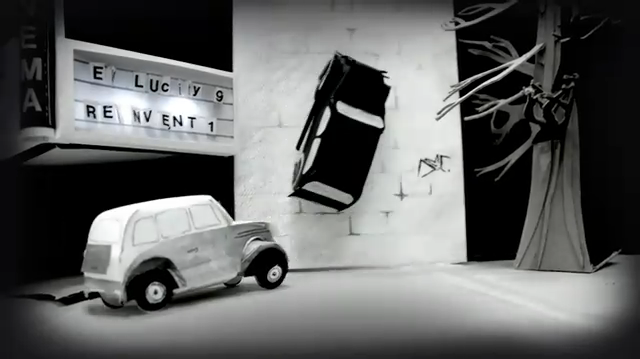 This entry was posted on Saturday, November 13th, 2010 at 12:22 pm and is filed under Electric Fields, Megan Turnbull. You can follow any responses to this entry through the RSS 2.0 feed. You can leave a response, or trackback from your own site.