Last Wednesday featured the making of a super sensitive sound to light converter from CanaKit and talks of interesting hacks to the Roomba and Spykee. Guy told us an interesting tidbit on knowing if a battery still has a charge- just…stick your tongue on it. Since the body is conductive you’ll either get a little shock or not when your tongue comes into contact with both the positive and negative ends of the battery. Never thought to do that before!

Excitement is building for the Mini Maker Faire we are hosting in November- it’ll be the first of it’s kind in Canada! Already we have a huge showing of interest from makers in Canada and the U.S. to be a part of it. For more info visit the Maker Faire page.

My knowledge of resistor conversions based on their color bands is still developing so Guy helped me sort out the right combination and proofed my work. Mike Baker had never soldered before so I set him up soldering the ends of the board: 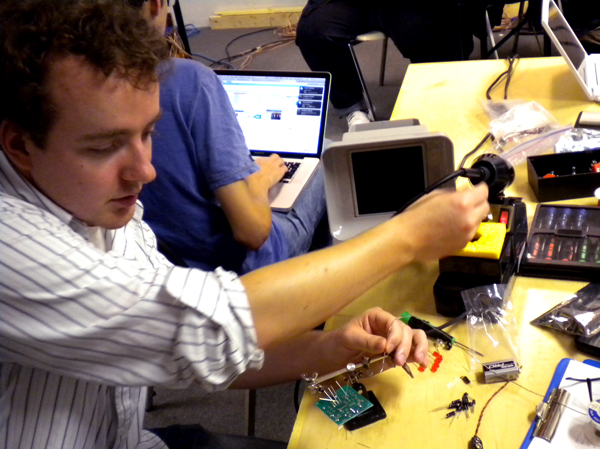 J.C., one of the founders of Twegather, followed up with a bit more: 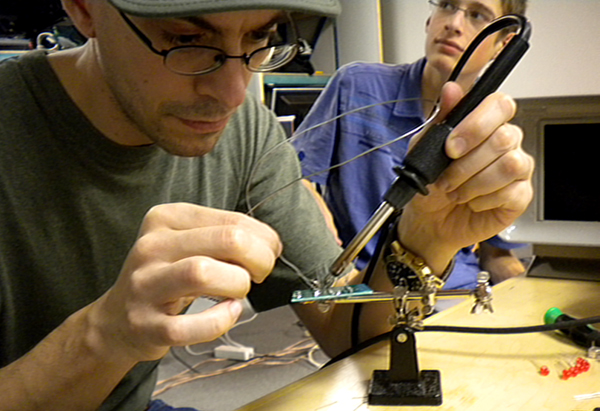 Our group effort was indeed a super sensitive sound to light converter- the picture below was taken with me barely blowing on the microphone! 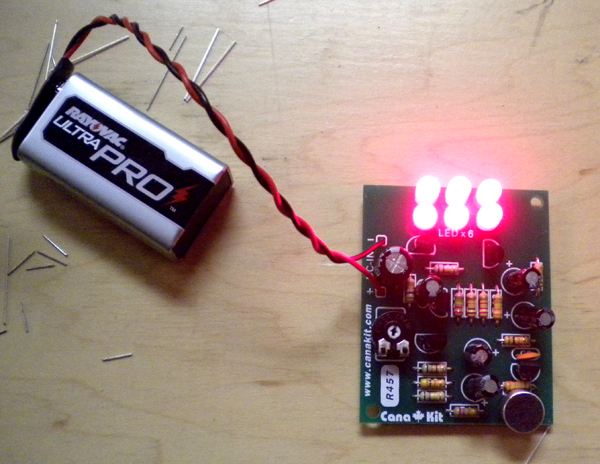 I plan to mod a case for it that gives it some personality too. Since then I’ve released a Instructable on making an LED acorn lantern- check it out! 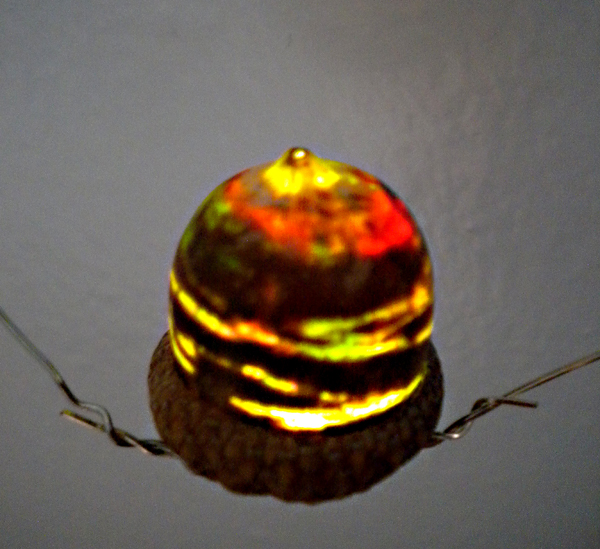 This entry was posted on Monday, September 27th, 2010 at 3:33 pm and is filed under Emily Daniels. You can follow any responses to this entry through the RSS 2.0 feed. You can leave a response, or trackback from your own site.