Unhanded – building a conversation about making in the 21st century.

What is our role? Artists thinking about research… 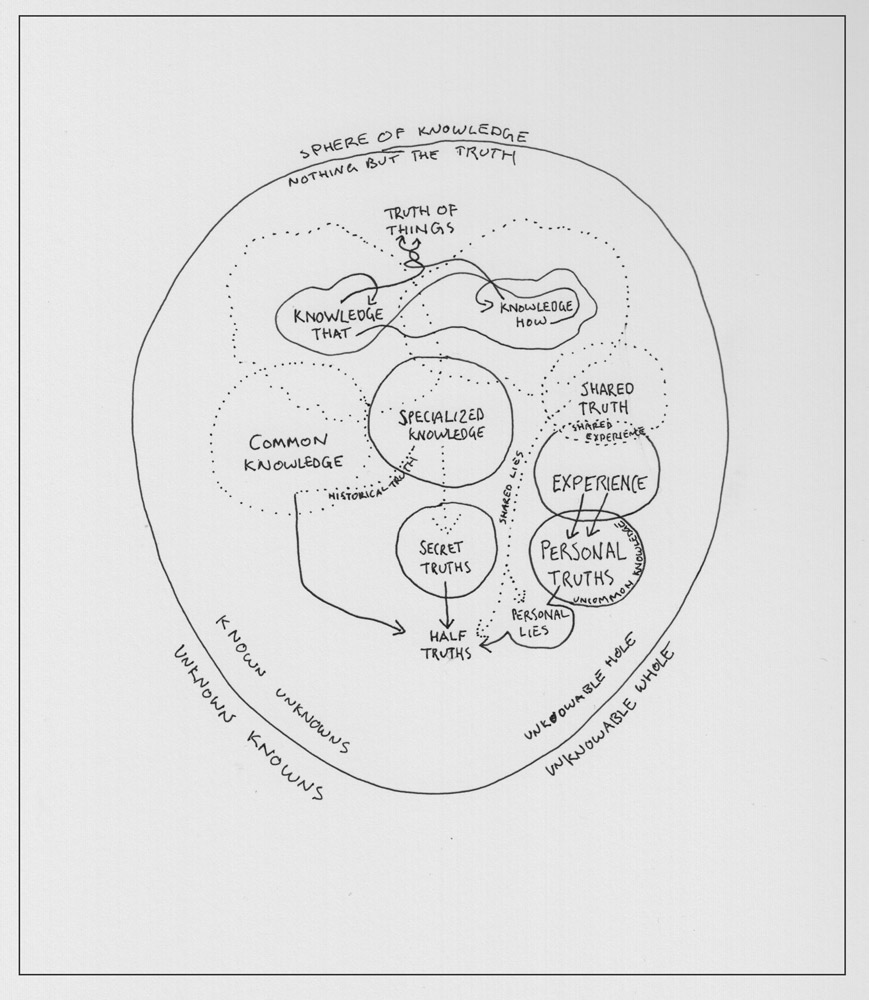 Our most beloved manifestos define the present in a way that we can grasp. The powerful manifestos of modernism appear as short, sharp, passionate shouts. They reduce reality to a simpler structure that we can perceive as a whole. They appear in magazines and little printed books. They sum up the world to just the right size so that action can be itemized and pinned to its door. The 21st century intellectual, however, is not built for the construction of a good manifesto. We traffic in complexity and rely on the belief that the world cannot be reduced to a form that could be handled by a public at large. We are the professional interpreters of the world through our instruments and technologies. From critical theory to quantum field theory, with the craft of language and the Large Hadron Collider, we believe that we reveal, if not truth, then at least truths in the plural. We have, in fact, multiplied truth and meaning. We fill books, libraries, server rooms and now data centres with a multiplication so staggering it is impossible to see what is happening in the world let alone what matters. Data centres are filled with these overwhelming and unstable truths, much of which is proprietary and armies of engineers seem unable to assess its structural integrity. It is not, however, the multiplication of truth which should be held responsible for its instability. Truth has always been unstable. The multiplicity of truth has been essential not for destabilization, but to reveal the inherent instability of truth.

This is the primary tenant of our claim to the condition of now – that the truth is, and always was, unstable.

This, then, is the challenge of our manifesto – to build it on unstable ground.

Does innovation in culture and commerce mean the same thing?

This past weekend I was honored to be an invited guest at the Canadian Arts Summit hosted in collaboration between Business for the Arts and the Banff Center. The weekend was quite an incredible assembly of cultural leaders, insightful keynote speakers, with senior leaders sharing their depth of experience and a powerful range of emerging leaders presenting their models of working to some of the most important cultural institutions in the country. It was a pleasure to be around such a rich depth of thinking about cultural leadership, and I have returned from their with many critical and insightful thoughts. What follows here is one of set of thoughts about the relationship between the idea of innovation in art and innovation in business â¦ or perhaps better said between the meaning of innovation in culture and commerce. 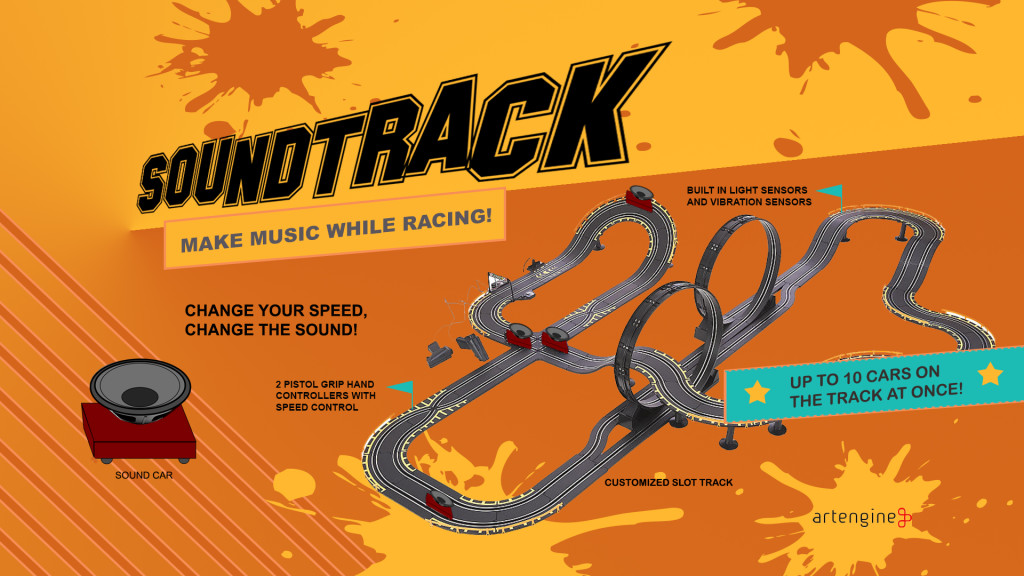 Made was a project connecting emerging designer and artists to learn both hard and soft skills in cultural production. Below is a recap of the project by participant Samantha Bite. The project kick-off began the beginning of June with a number of full day workshops to allow the six young artists and designers to get […]

The driving questions of Artengine 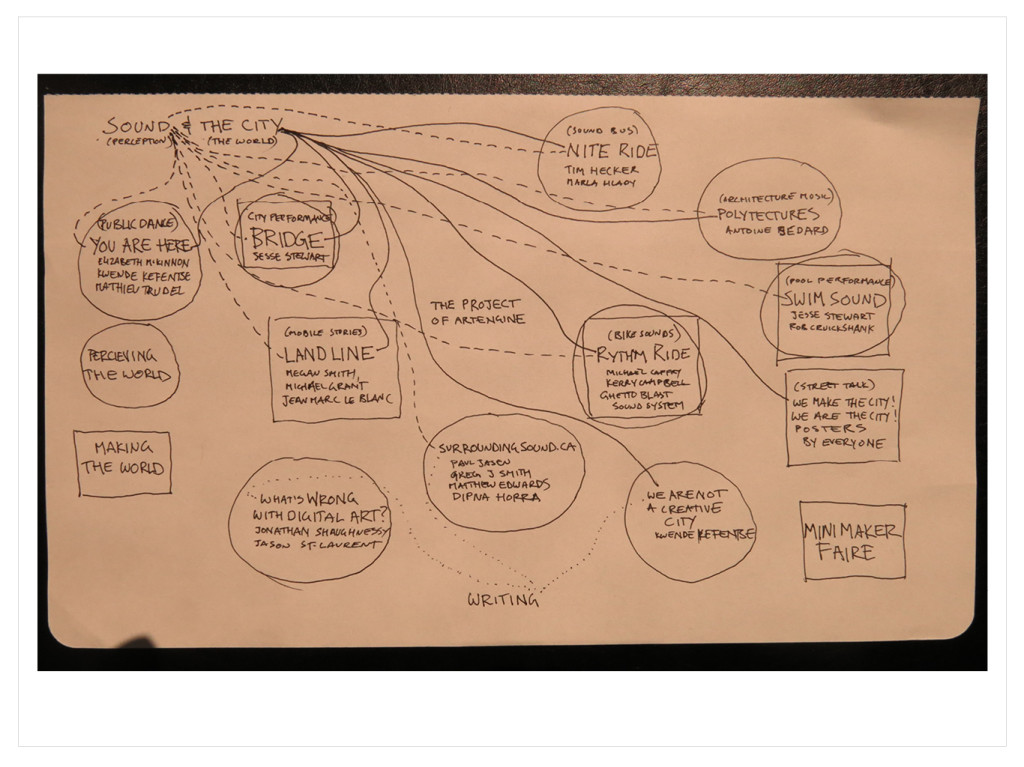 Should we ask ourselves how much comfort our productions and programming offer? How much support to an existing social and political structure to we provide? Or perhaps the inverse question, can we ask of our projects how much disruption or revolution or even democracy do they make possible? Even those projects that successfully create a mystique of discomfort or even terror provide this wrapped in the idea that the artist is in control or at least that the artist is in control of the machine… 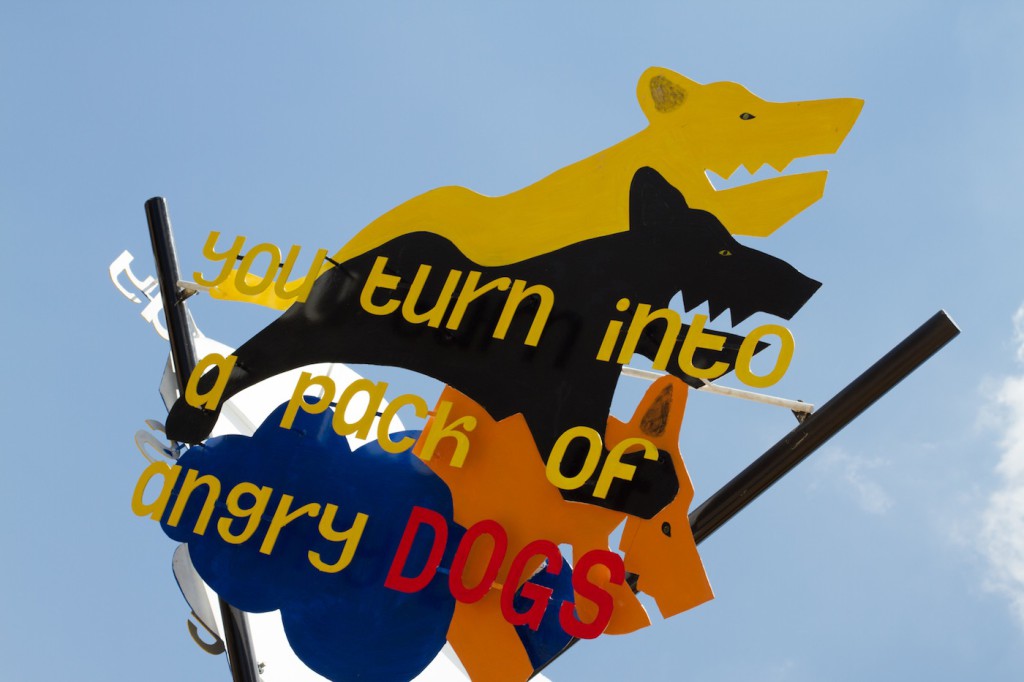 For this years 17th annual Subtle Technologies Festival in Toronto, the lineup of projects in art and technology were featured under the theme of Open Culture: Participatory Practices in Art and Science. Topics of conversation, symposium titles and artworks focused on publicly engaged practices that respond to an ecological environment, cultural engagement, political conflict or […]

Uselessness: a serious consideration of nothing in particular

This video is a thoughtful exploration of the concept of uselessness as it relates to architecture. In an attempt to reconsider strong hold that utility has in our understanding of value or worth, both in practice and language this audio-visual presentation imagines what might be lost in a world of only useful things. It is […] 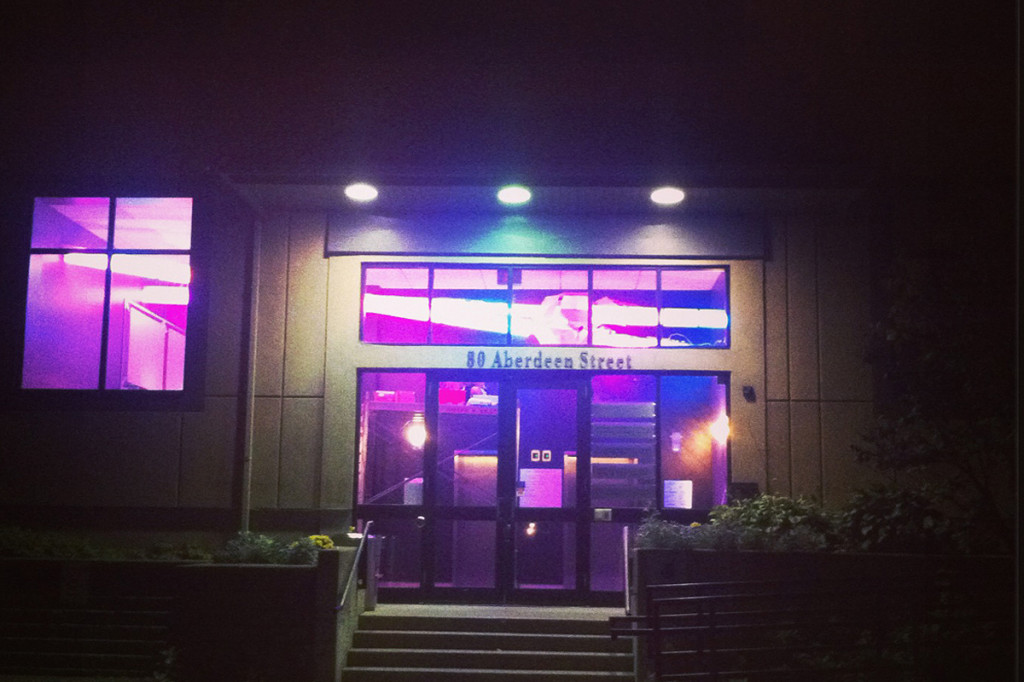 We figured it would best to have all creators’ perspectives in this last post about this project, and so it will be split into three following sections (please click on the links to go to each respective section): Anthony’s final thoughts “The End” Henri’s building processes “”On the Right Path” Kevin and what it is […]

It is tempting to think about how the performance interventions of AlÃ¿s and Borsato, in their various forms, might function to undo the built environment. This deconstructive motivation was certainly atÂ  theÂ  heartÂ  of Â otherÂ  walkersâÂ  work, especially that of the Situationists. While I argue that each of their works contain a highly subversive component, […]

Describing his work, Mexico-based artist Francis AlÃ¿s explains: “I spend a lot of time walking around the city…The initial concept for a project often emerges during a walk. As an artist, my position is akin to that of a passer-by constantly trying to situate myself in a moving environment. Each of my interventions is another […]