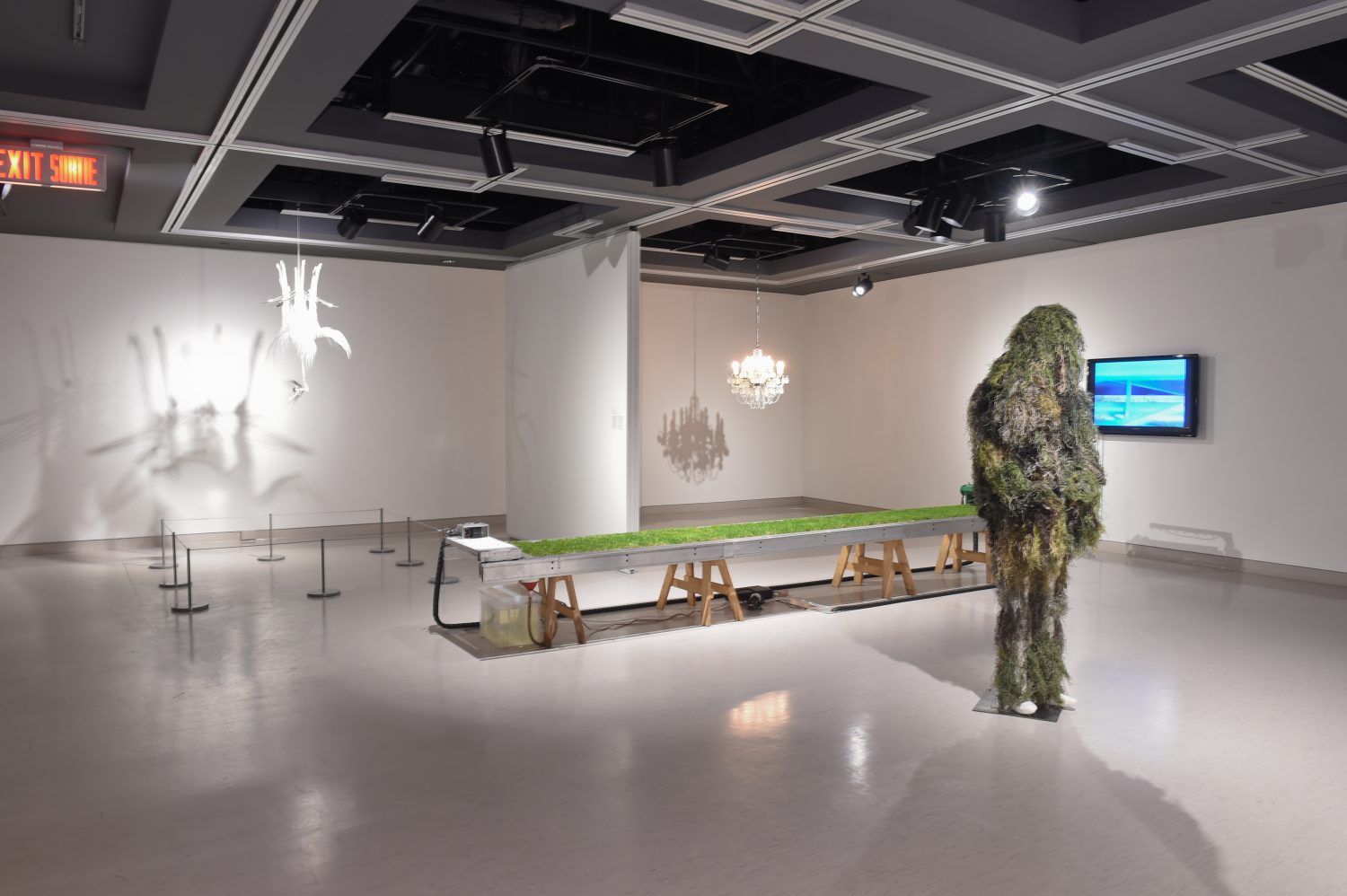 The emerging field of bioART includes a diverse range of practices from the lab, the wilderness, and cities, which use cells, microbes, plants, and bodies (human and otherwise) in the production of art.

Karen Abel is an artist and naturalist based in Toronto. She creates site-sensitive installations and public artworks that consider, engage and accommodate 21st century urban ecology and biodiversity. Concerned with ephemera and ‘slow art’ processes, Abel is interested in contributing to a culture of ecology through research-intensive, season and time based practices. Abel holds an interdisciplinary Master in Environmental Studies from York University (Toronto) in environmental art practice, cultural production and community art.

Alana Bartol is a multidisciplinary artist, educator and curator based in Windsor. Her collaborative and individual works explore concepts of visibility, transformation and survival through our relationships with nature and each other. She holds a BFA from the University of Windsor and a MFA from Wayne State University (Detroit, MI), where she was awarded the Thomas C. Rumble Fellowship and developed and taught the first Performance Art course in the Department of Art and Art History. Bartol’s work has been presented nationally and internationally.

Philip Beesley is a professor in the School of Architecture at the University of Waterloo. A practitioner of architecture and digital media art, he studied visual art, technology and architecture. His Toronto-based practice PBAI is an interdisciplinary design firm that combines public buildings with exhibition design, stage and lighting projects. Beesley’s work is widely cited in the rapidly expanding technology of responsive architecture. His work was selected to represent Canada at the 2010 Venice Biennale for Architecture, and he has been recognized by the Prix de Rome in Architecture and two Governor General’s Awards, among other accolades.

Cass Gardiner is an Algonquin/Anishinabe documentary artist whose work has screened in festivals across Canada and the United States. She holds a BAH in documentary film from New York University and an MFA in documentary media from Ryerson University (Toronto).

Robert Hengeveld is an artist whose work explores the boundaries between reality and fiction, and where we find ourselves within that relationship. He completed his MFA at the University of Victoria (BC) in 2005 and studied at the Ontario College of Art and Design (Toronto). His work has been exhibited across Canada and internationally, and is represented by Mulherin New York/Toronto.

Andrew Pelling is a Canada Research Chair and Professor at the University of Ottawa where he directs the Laboratory for Biophysical Manipulation. An exploratory space where scientists, engineers and artists work in close quarters, the lab is dedicated to understanding the limits of living systems and how biological entities can be controlled, manipulated and re-purposed using non-genetic and non-pharmacological approaches. The work is heavily informed by the biological sciences, biological arts, DIY and a culture of manipulation.

Johl Ringuette is a traditional chef who owns and operates Nishdish Marketeria & Catering in Toronto. Raised in Northern Ontario, his knowledge of indigenous food was provided by his father, a hunter, and inspired by the culinary wisdom of his mother. Yearning for the foods from his childhood such as wild game, freshwater fish, berries and maple syrup, he set out to provide Aboriginal catering to the urban community. The food the company offers is smudged by elders, a tradition using sacred natural medicinal herbs or grasses that is said to cleanse a person of negative energies, and a spirit plate is created for their ancestors. In 2013, Ringuette received the Businessman of the Year award at the Toronto Aboriginal Businesses Awards.

Dr. Jennifer Willet is an internationally successful artist in the emerging field of bioart. Her work resides at the intersection of art and science, and explores notions of representation, the body, ecologies, and interspecies interrelations in the biotechnological field. Willet completed her PhD in Humanities at Concordia University (Montreal). She currently works as an Assistant Professor in the School of Visual Arts at the University of Windsor. In 2009, she opened the first biological art lab in Canada, called INCUBATOR: Hybrid Laboratory at the Intersection of Art, Science, and Ecology, at the university.

BioART: Collaborating with Life embraces biological techniques throughout human history as media art and explores complex collaborations between artists and other life forms in the production of cultural expressions. Featuring Ontario artists whose diverse practices merge with life sciences and biotechnology, BioART engages viewers in an evaluation of bioethics that results from the manipulation of life for human and cultural ends.

This exhibition is presented by Artengine, the City of Ottawa and the National Arts Centre’s Ontario Scene, and is supported by the Ontario Arts Council.