Non-Fungible Tokens (NFT) made their way into the popular imagination and have been a lightning rod topic in the realm of culture throughout this year. As part of our Digital Economies Lab, we invited Famous New Media Artist Jeremy Bailey to help us consider this current moment and put it in a larger context of art, culture and technology. Check out the conversation as well as links and notes to help orient you or expand your considerations of this NFT moment.

In this conversation, Famous New Media Artist Jeremy Bailey shares his insights on the wave of interest in Non-Fungible Tokens (NFTs). To Bailey, they are nothing new. Artists have challenged themselves to trace authorship digitally many times before, so why then is the conversation breaking ground in the popular sphere today? To understand this, Bailey walks us through the history of New Media and the monetization of art. Furthermore, Bailey calls out the funny history of writing art into canons. It’s a chicken and the egg conundrum; does art, in all its mediums, need to be written about to be viewed as art? Bailey describes the internet economy as a graveyard for artistic labour and challenges us to consider how NFTs can play a role in dismantling this practice of viewing new media art as tertiary to ‘fine’ art and creative labour. Drawing links between the impacts of the Portapak and this moment of NFTs, Bailey leaves us wanting to explore the many modes of digital resistance countering the abuse of creative digital labour, including his recent project YOUar.shop.

If you are unfamiliar with NFTs, here are some links for you to check out.

Read Paul J Ennis at The Conversation for a quick review of the NFT in the context of the burning Banksy.

Rhizome has helpfully outlined a number of artist projects around monetization in the digital realm that predate the hype othe NFT, including Bailey’s YouAR that we discuss in the conversation above.

ArtNet News considers what we can learn about the NFT hype from the Comic Book bubble of the 1980s and 90s.

Go deeper with Why we need a feminist manifesto for the blockchain on HyperAllergic.

An interesting data analysis of sales and fees in NFT here.

Some NFT AND Other Projects Mentioned in conversation 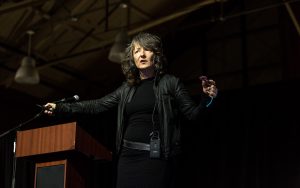 Tracey Lauriault provides a dynamic introduction to the relationship between data and the city at the Future Cities Forum. This talk delves into the social and technological infrastructure and frames a new more open and democratic version of a data centered city. 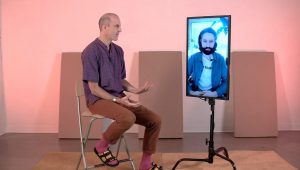 From NFTs to governance structures, blockchain technology may be a glimpse into the future. At least that is what Jesse McKee and the team at 221A are exploring. In this conversation McKee shares a bit about the history of artist-run centres in Canada, the limitless potential for blockchain to change how society is ordered, and the rise of decentralized autonomous organizations (DAOs). Listen closely to discover the literary Easter eggs Jesse drops that are framing research at 221A.

Famous New Media Artist Jeremy Bailey helped shape the structure of the Digital Economies Lab and here we discuss their vision for artistic prosperity in the 21st century. We chat about artists’ complicated relationship to capital and how we are in an exciting moment of transformation. Join us, as we delve into questions of value, the pace of production, and our perception of reality, augmented or not.

“Then I think the history that we’re talking about today really begins because the internet is a next-wave technology and artists, that we would now call Net artists, start to experiment in that realm. What I think is interesting is again, these artists, they weren’t actually trying to produce a counter narrative. They were producing a new narrative and corporations were catching up to them. So you had AOL and companies almost advertising, “This is the place where you will get to express yourself like an artist.” People were looking for the niches or edges of human experience the same way they might’ve done in person in the 1960s but now in this global village of the internet.”

“We have to participate. You have to be a co-owner of this future.”

You mentioned something interesting. You’re being reductive about your YOUar project, saying it’s just a Shopify store, but that touches on the idea of the ubiquitous nature of these technologies and how the tools can be picked up by anyone and the backend elements can be taken care of, or cobbled together from pieces, to do what are quite unique and interesting things, without having to build this whole thing from the ground up.

Do you think one of the wider lessons of the NFT Moment, is to try to get local communities to be aware of this technological happening… if they see the NFT hype and try to understand it, to think that if that opens up into a world of–a plethora of–digital technologies that can allow you to make something that’s interesting and valuable for your community.

Yeah. I think that’s the portapak moment, right? Like you pick up the camera in 1969.

You go to the Macy’s department store.

You pick up a video camera, you get in a cab, you get stuck in traffic cause the Pope’s there…

You record the Pope going by and you show it in a gallery in Soho later that night.

You call it Video Art.

But if he didn’t go to Macy’s and pick it up, or try, or record the Pope; if you didn’t have that experience, you didn’t really participate in a cultural movement.

I think the fear I have is that by having an allergy to anything new, we reject the possibility of progress. And, you know, to a certain extent, we say… I was talking to someone who works in the quote unquote “Arts”, you know, like opera, ballet, and they’re a thinker in that space and they were saying,

“That whole realm of making now considers itself an elite group of people who exist solely to protect something that would otherwise not exist.”

So, they exist at a point in time, 300 years ago, and their job is as stewards of this rare vase or artifact. Right. They’re almost like a time capsule, but they also have the position that the audience can’t possibly understand the value of that artifact. So, their audience numbers have been falling over time and they actually consider themselves in direct conflict with their audience, which I find really interesting as an internet artist where you almost have the opposite problem. Where it’s like, “I want more audience, more, more, more!” Right? Like “I need more ‘likes.’” If you had that attitude on the internet… how you would value the work differently, but maybe there’s something in the middle: between “we reject the concept of an audience” and “we are just a vessel of history.”

Read more on this from David Maggs at The Philanthropist. Maggs is reflecting on this relationship between culture and audience, particular in the post-pandemic world.

But that’s the thing, I think that’s the keyword. If I was going to hashtag this thing, it would be:

But, if you don’t participate you don’t actually get to be a part of the happening and the happening is where we arrive at the new experience that we’ve never had before.I think our rejection of it is dangerous because you leave it in the hands of the few that might not necessarily be in the right place to make a good decision socially, because it is so macro in scale.

I think it’s really interesting, that’s the question, how do we participate? And, and how do you think about participation in a very complex technological world, right?

Where participation in the early 20th century–well in the early 20th century it was already too complex, right? Like for you to participate in politics (and democracy) was conceived, when community and localness was perhaps the extent of your effect in the world, and now it’s so huge. So, I think, really, artists need to be part of the laboratory of thinking about how we participate in discussions that have ramifications–global ramifications–in all of those wicked problems that you’ve been talking about.

As we sort of touch back on the question of this technological moment and the blockchain contractual sort of obsession that’s happening right now, what do you think can emerge from there for people? What do you think is the most interesting thing to sort of come out of this moment? Or should we try and foster like more interesting activity there?