In Conversation with Suzanne Kite

Developed in our Digital Economies Lab, An Artist's Almanac is Suzanne Kite's dive into artist solidarity through exchange and sharing. Kite discussed how she began from the DEL’s central focus on fostering artistic prosperity, and expanded toward questions about whether existing resources are going where they are needed most. Through her work on the project she builds a network of collaborators and fosters dreaming and imagining workshops as a path toward a better future.

Since the pandemic began, the limited (and privileged) pathways of information and resource distribution, that so much of cultural production relies on, have been exposed. Physically out of touch with institutional spaces and fed by great social upheaval, more people have begun questioning the relevance of old institutions and the privileged knowledge they house.

Perhaps, in this moment, we have the capacity to imagine what new futures could exist. Perhaps, once imagined, we can work toward making them a reality. This is what performance artist, composer, and Digital Economies Lab participant, Suzanne Kite, is doing with An Artist’s Almanac. The project is a digital tool that can aid artists without homogenizing their needs, aspirations, or technologies of knowledge. Drawing upon Oglála Lakȟóta technologies of time and dreaming and Afrofuturist practices around gathering and rest, Kite aims to have An Artist’s Almanac decentralize the value system that currently positions all ‘other’ creation in opposition to the institutional assimilation of commodifying art. By doing so, Kite aims to provide a tool that fosters artistic agency, solidarity and prosperity. That prosperity is not solely for this lifespan but so that artists may be agents of prosperity for generations to come by contextualizing the actions they take today within the looming framework of tomorrow and tomorrow’s tomorrow.

Dive into this discussion with us and pay close attention to the abstract technologies of time keeping and dreaming Kite describes and consider imagining, with us, what future you are willing to work toward.

Check Out More by Suzanne Kite:

Gain Context through these Resources:

Making Kin with the Machines

Take a Peek at Kite’s Collaborators:

See Who Has Participated:

Produced by the Artengine Stream Team: 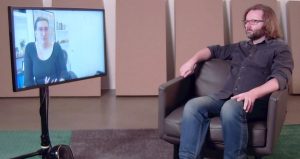 Dames Making Games (DMG) founder Izzie Colpitts-Campbell speaks with us about her art and design practice and how her role as a community organizer influenced her contributions to the DEL. In this conversation we discuss her new DMG project Damage Labs, similarities between game design and community organizing, and how artist solidarity can be provoked digitally. 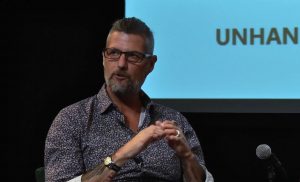 This discussion brings together artist, scholar and Director of Creating Knowing and Sharing: The Arts and Cultures of First Nations at the Canada Council for the Arts, Steven Loft; craft historian Sandra Alfoldy; architect Tom Bessai; and fashion designer, Valerie Lamontagne, to consider the way we talk about making.

“Having the bison come back is a really specific vision and, actually, my vision is even smaller than that. I just want a multigenerational household that is healthy and functional. What a joy that would be?! What a gift, but that may not be possible for all of my relatives in this lifetime. There’s so many different types of needs and futures and they really change person-to-person, but hopefully they equal this some kind of whole.”

"I think that becomes clear when you ask people to really sit down and imagine a future where their needs are met. I ask people to go as far into the future as it takes for you to have those needs met. 10 years? 1,000 years? 10,000 years?"

So we want to have ethical new knowledge, we want to make new things that do good things, but the way we’re doing it is in this specific way of doing things, but if I look at the way other traditions of making, other epistemological traditions, one of them is very clearly dreaming.

You dream something and you know how to do it, and I know lots of different people who do lots of different ways of dreaming. My partner and his father, his father more so, he builds experimental airplanes and when he sleeps he solves problems. I don’t think this man rests, but he solves complete, difficult, impossible engineering problems in his sleep every night.

It’s crazy, and my partner does that, too. Wakes up with the answer, and I’ve heard about that, but…There’s other forms that, I mean the traditional form.

So, in Lakȟóta culture, you really need to dream certain designs in order to make them. We have something called the Double Woman cult, where this woman, she’s a powerful figure who delivers you things that must be made.

You have a responsibility to your dreams to create them, and that’s where I see Tricia Hersey’s NAP ministry is so inspiring.

It’s really for Black folks to say, like, “You don’t have to work yourself to the bone, you can rest” and that’s what’s so inspiring.

And that’s why I think in the original DEL workshops, I was really drawn to this idea where I was like, “Oh, my communities, many communities that I know, don’t actually participate fully in capitalism.” They kind of pretend to participate in capitalism, and why is that?

It’s because time to rest, time to dream, time to have visions, because the ways of doing the dream, having the dream, resting long enough so you can have a dream, is necessary in order to make something that’s never been made before.

Can you elaborate on some of those, even if they’re sort of fantastical in your mind, of the idea of what that structure might look like?

Which, I think, Asinnajaq was the one who pointed that out that,

This is what I want to take care of.

How can I get there?”

We ended up thinking about different bubbles of care, things that we wanted to take care of. Of course, those bubbles of mental and physical health crossed but we still saw them as little clusters of information. The thing that we really wanted to explore is about, in design, how you can include circular time, nonlinear time, cyclical seasons, because that’s also how grant stuff works and how economies work.

There is a cyclical nature to it and things don’t repeat necessarily, but seasons happen.

Yeah. The spiral: that things are going kind of around and repeating, but never quite covering the same space. That kind of endless spiral of time.

The the role of technology in this, and it’s such a sort of broad and almost meaningless word, obviously, but here in the Lab as we brought people together, for us, one of the most interesting explorations that has been happening in the different projects is how the different creatives relate to the idea of ‘technology’ and how they want to position their work in relation to technology. It’s not that we thought when people came together, that we just expected them to be building bots, or whatever, but I think we noticed a real kind of resistance, a push against the idea of first producing, and I wonder how you think about that tension in this project, and maybe your practice more broadly, as well?

Kind of the shifting definition of technology and actually making?

I think what this project helped me articulate was that my definition of ‘technology’ is the way we do things.

I think what I learned from my colleagues were other technologies, like the technology of consultation where it was this constant loop. You would think it would be a given in a lot of spaces, but it’s not.

It’s a really specific technology to be able to reach back to your community and figure out what they need.